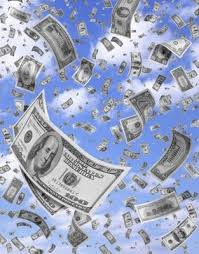 Celebrating the development of facilitation — world-wide and history long

As the International Association of Facilitators (IAF) celebrates its 20th anniversary this year, join us in celebrating the power of facilitation by exploring, sharing and reflecting together on its history worldwide — past, present and future.

We are inviting facilitators everywhere — and everyone with an interest in facilitation, professional and otherwise — to join together in a six-month collaborative process to develop our collective story of facilitation, culminating during International Facilitation Week 20-26 October 2014.  Our aim is to strike a balance between honouring the past, celebrating the present, and envisioning the future — and to learn and have some fun together in the process!

We invite you to share key events & milestones in the history of facilitation, from your perspective and in your experience, and links and resources on how facilitation has developed and where it might be heading — share and discuss online at Facebook,

Facilitation is a relatively new profession in Russia. Its modern history could be traced since 90s, when different foreign training companies conducted training on facilitation here. One of the first companies that invited foreign facilitators was “Intertraining” – NGO, that specialized mostly on work with non-commercial sector. Since 2000 ICA’s ToP facilitation methods were presented in Russia. After that methods of facilitation began their journey through Russian vastness.

Facilitation methods go back a long time in the ancient history of the country. While we don’t know exactly what methods of meeting facilitation were used, we know for certain that there were some tools for decision making, that afterwards became the base for the next developments. For example, the most famous meetings in Russian history were Chamber or Veche in Russian. This was the national assembly and an integral part of the socio-political mechanism of the ancient society. Composition of Veche assembly was socially homogeneous: there were ordinary people, and the «best», i.e the nobility. The Veche assembly responsibility included a wide range of issues, from raising funds for the urban militia and recruitment of military units to the expulsion or the election of the prince. Later on, during Soviet Union period, it was not usual to engage people in decision making, so facilitation methods were not  promoted.

It is interesting to note that businesses are the first to welcome facilitation methods in Russia. We don’t see this happening in NGOs or communities yet. Russian business operates in a very complex and constantly changing situation. That is why the questions of organisational development and change management are extremely current issues for companies. And they seek methods that could help in transforming internal conditions and adapting to the changing environment. Facilitation is of great help here. That is why the theme of business facilitation is very attractive and people from business are eager to take part in the IAF Conference that will take place in Moscow in October 2014.

Facilitation being an emerging profession, there is also a huge need of facilitation methods presentation. The facilitation literature in the Russian language is not rich, and there are very few translated books from this domain. This creates a vacuum in the knowledge base that trainers can make use of. So we will be welcoming here professionals who would like to share their experience. They will be met by appreciative listeners here, I bet.

Russia is a big country and our companies operate in different locations in the regions and other countries. So, the use of virtual meeting technologies is growing. And with it, the need of virtual facilitation methods is increasing. Some of our facilitators will present their cases of successful application in practice, and we would welcome other experiences of the use of virtual facilitation in other countries too. The demand for virtual meetings has led to the birth of several Russian startups that have developed exciting applications for virtual meetings and we are looking forward to showcase and present them to you during the conference.

In conclusion I’d like to stress that though facilitation is pretty young in Russia, it is developing like mad. And we are glad to meet all the colleagues who would like to contribute to its maturity.